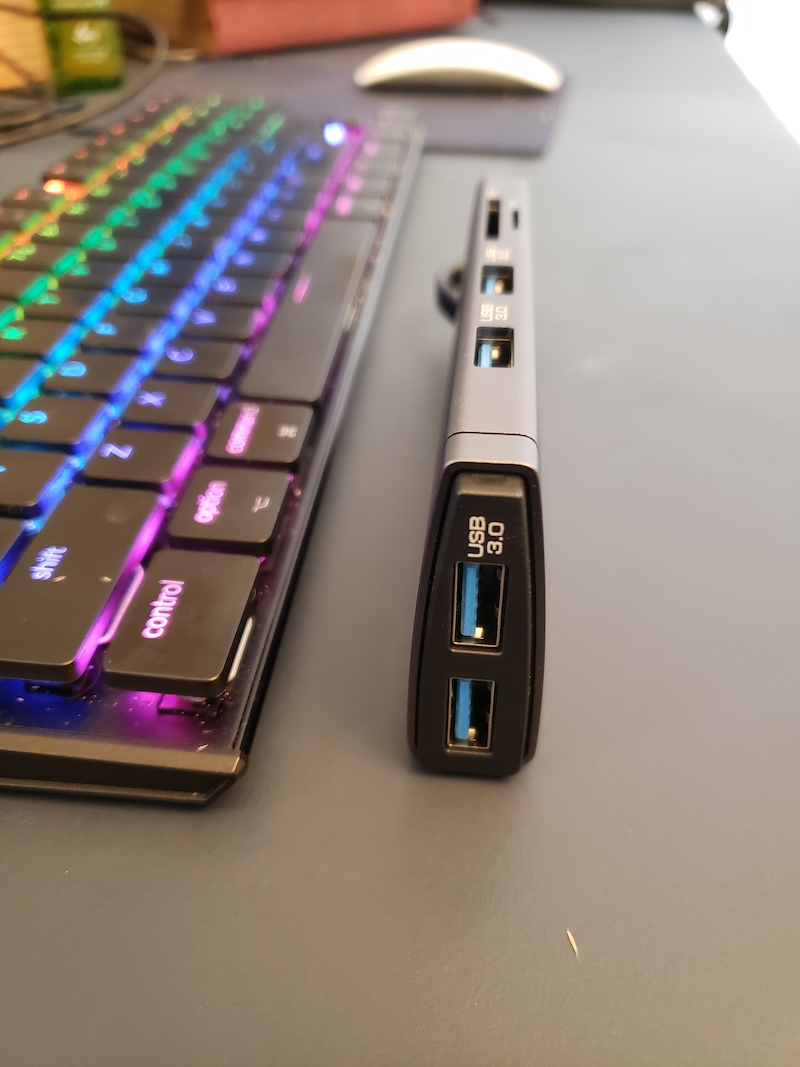 I have had my eye on a new 13″ MacBook Pro (MBP) for about a year now. My first MBP was a 13″ Late 2013 model. It was maxed out on RAM at the time with 8GB and had a 256GB SSD. I think a 512GB SSD was an option though. This was my first personal SSD. At the time SSDs had a bad name for randomly and prematurely failing so I was a little anxious about that. At the time I purchased it because I was starting to have to support Macs in my day job with some of the software we used, particularly Microsoft Lync and Citrix XenDesktop. It was something new at the time and I wanted to get comfortable with. Steve Jobs did good because based on that purchase I have been hooked!

Why Have I Waited So Long?

Up until about the past year the laptop has worked sufficient for my needs. I do not run a lot of high intensity applications in terms of RAM or CPU. The battery life for what I do is still decent. Ultimately though over the past year I tend to start running low on RAM and see some fairly aggressive swapping. I am also having more difficulties setting up virtual labs in VMware Fusion. I have had to resort to putting the absolute minimum specs on VMs to get them to boot. This is not a bad thing for some Linux Distributions but I have even started running low on disks space. I stood up a Kubenertes cluster on it but that was slightly painful with memory related issues.

I had thought about it for quite a bit starting in December of 2019. To be honest, I was pretty close to doing it. I couldn’t quite settle on 2 or 4 USB-C and balked a little at the price. I ended up sitting on the decision for so long, rumors of the 2020 version came out with some pretty nice features.

It seems as though the way Apple is going, 2021 is likely to be the year of ARM processors. That, in and of itself is not a huge deal but I do tend to run x86/x64 based VMs in Fusion and I am not sure if there will be an emulation layer to allow that to happen. Likely not. So I knew I could wait for something after the 2019 version but that I didn’t want to wait until 2021. Ultimately it is now a day to day struggle doing some things that require a few different windows open. I have a few chat apps like Teams, Slack and Google Chat. Combine that with Apple Mail and Calendar for 4-5 email accounts. Then try opening up a few tabs in a browser and start up meeting software to share my screen and it just starts swapping memory like crazy.

With all of the above the decision kind of made itself and my fear of paying for it went away. Scary times during COVID-19! Not all of the 2020 rumors panned out. Some speculated that it would come with a 14″ screen. To be fair, if I wanted a larger screen I’d have gone with the 16″. I do prefer the 13″ form factor. It is easier to bring with me places. When I travel I usually put the laptop in the hotel safe but my friends usually have difficulties fitting their 15″ laptops in there.

What drew me closer is the beefed up specs and 10th gen Intel Processors. I had thought I was just going to double my HDD and RAM to 16GB and 512GB. When it came to configuration though, I noticed the higher end models had the option of 32GB RAM. While I was doing that why not go to 1TB of SSD. I probably won’t use the space but right now I have to be so careful with my VMs, I can’t leave any laying around.

In terms of the processor I went with the Core i5 versus i7 due to battery life and unnecessary cost. My use case utilizes the CPU very minimally although 4 cores with hyper-threading is useful for running multiple VMs. I don’t game and my business apps aren’t a huge CPU hog.

If you are thinking about the 2020 13″ MBP, here is my reasoning and thought that went behind the purchase. I will most likely do an official unboxing and review post when it arrives in a few weeks. Since I picked custom options, it unfortunately takes that long to ship. Hard to believe in today’s world where we expect instant gratification, there are still some things you have to wait for!